Jim Van Schaack was born and raised in Los Angeles during the heyday of Hollywood. As a child, Jim spent countless hours watching movies being made in the back lots of Hollywood, and on the streets of Los Angeles. In those days the whole town was a movie location. As the years passed, age took its toll on Hollywood. One landmark after another quietly disappeared. Jim decided to produce a series of digital drawings, a picture, of each remaining landmark, showing it, when possible, as it appeared in its prime. Since beginning the project, Jim Van Schaack decided to create a drawing of additional landmarks outside of Hollywood, some that have disappeared. Included in the drawings in this series are locations within the general area of Los Angeles, California, where Hollywood is located. Jimhas also produced drawings of landmarks and architectural buildings in other U.S. locations.

Jim graduated from Los Angeles High School and joined the U. S. Army in 1946. He served with the 1st Cavalry Division, 8th Cavalry Regiment in Tokyo during the occupation of Japan. Following his discharge from the Army, he studied Business Administration at Los Angeles City College. It was at that time that Jim became interested in the field of Industrial Design and began a search for the right school.

Jim got his first job with the nationally known architectural firm of Victor Gruen and Associates Architects in Los Angeles. Victor Gruen is credited with being the first architect to design and build a completely enclosed climate controlled regional shopping center. Jim was on the team that designed the center which was the Southdale Regional Shopping Center, south of Minneapolis, MN.

Jim then joined the Los Angeles firm of Welton Becket and Associates Architects. Soon he became co-director of the retail small store division, planning, designing and supervising the construction of stores up to 103,000 square feet in size. Stores included Bullock’s Department Store, I. Magnin, J. Magnin, Roos Brothers, Livingstons, Liebes and many others. Jim Van Schaack worked on many regional shopping centers including Stonestown, Stanford, Almaden in Northern California and in downtown San Francisco, San Diego, Portland and Seattle.

Jim then associated with the firm of Albert C. Martin and Associates, Architects and Engineers, started in Los Angeles by A. C. Martin Sr. at the beginning of the 20th century. Jim was hired as a project architect but soon became Director of Interior Design and was responsible for the planning and design of most of the interiors generated by an architectural firm of over 300 professionals, with clients like Richfield Oil (now Arco), May Department Stores, and TRW. 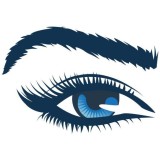 Visual Impressions Digital Design & Imaging is a graphic and web design company owned and operated by Dana Stamos. Let us help you be the best you can be!

Visit The Thinking Conservative for a difference of opinion!

Visual Impressions is the only design firm we use for all our website and graphic design projects. ~ Betty

As a new startup company we didn’t know who to turn to for our design needs. Visual Impressions understood the decisions we needed to make and helped us to make the right decisions from the get go. ~ Bob

Running a business can be difficult, especially in today’s economy. Visual Impressions understands what it means to be a small business and works with us to budget our projects. ~ Tom

We inherited a company and had no idea what we needed to do to bring it into the digital age. Visual Impressions understood social media and so much more and helped us expand in ways we would never have been able to do by ourselves. ~ Bill Visit The Thinking Conservative for a difference of opinion.